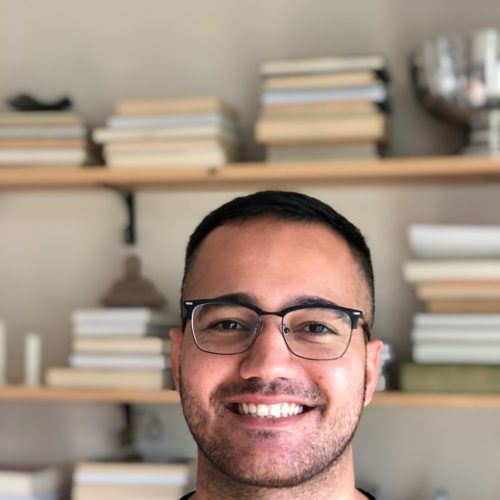 My Name is Farshad and I am originally from Iran. I was raised as a Muslim and lived most of my childhood in fear of Allah punishing me lest I make any mistakes. I grew up with lots of questions about my religion, but most of them became offensive and a threat to those I was addressing the questions to. I attended Mosque on Fridays, prayed occasionally and fasted as many days as I could during the months of Ramadan. Night dreams were an important part of our belief and every dream meant something to us. I remember walking at least thirty minutes to a friends house whenever my mom would have bad dreams. She desired to know what the dream meant and send me to get the thick “book of dreams” in order to interpret her dream.

To nullify the dream coming to pass, my mom would give money to the poor as some type of merit to stop the bad event becoming a reality in the future. (no wonder God speaks in middle east through dreams). I relied on doing good works to earn merits to please Allah, but I was never given assurance of going to heaven when I die. “Inshallah” (if Allah wills it) was the only response I would get when the question came up. At age 11, I became interested to explore other countries and by the time I was 13, I was able to convince my family that I could take this trip by myself. I neither had money nor had any documents for travel. Every part of my journey would be crossed illegally passing the borders to Turkey, Greece, Italy, France and England. I know this sounds crazy, but it happened and its true.

The journey took me 8 months and it was not as fun as I thought it would be and several times I was sure I was going to die, but as you can see, I am alive to write this story. Once I got to England, and several years passed, I came across a Christian who would be bold enough to share the good news of Jesus Christ with me and tell me of a way that salvation is guaranteed, not because of any merits or accumulated good works, but because of the sacrificial death of Jesus on the cross.

In the year of 2010, I was approached by a Christian by the name of Kevin who cared enough to tell me that not only Jesus loves me, but that he demonstrated his love by dying in my place and paying the penalty of my sin on the cross so that I can have a personal relationship with God and be with Him in heaven for eternity. And guess what? All I had to do was to trust in Christ and turn from my sin. No added works or anything extra. Jesus had done it all for me and I just needed to believe. This was total contradiction to everything I was taught as a child and knowing that personal relationship with God was possible was unimaginable up to that point.

I thought I knew Jesus and thought that I loved him, but I was wrong. I neither knew Him nor loved Him, but had lowered Him down to the level of a prophet and gave him the respect that is no different than the respect I gave to my friends and my elders. When Kevin offered to also pray for me and asked God to open my eyes to see who Jesus truly is according to the Bible, something extraordinary took place. I wish I could describe this accurately, but I know I would never be able to.

For the first time in my entire life, I was saturated in love, felt a heavy weight lifted from my shoulders, and experienced God’s forgiveness that surpassed my knowledge. It was at that moment that Christ became real to me and the gospel made all sense. I had realized that I was a prisoner of sin until that point and somehow (wish I could explain) Christ’s identity became as clear as the sky. I knew that he is the Son of God (very similar experience to an experience Peter had in Mathew 16:16.). I was a transformed man and the change became visible from the moment of my conversion. I desired to read the Bible, pray, and share the good news of Jesus with others. I desired to sin no more, but instead my desire was replaced with holiness and obedience. I have never been the same ever since. I became a new man.

I have been sharing Jesus with others ever since. I went back to Iran after six months of my conversion to share the good news of Jesus with my family and friends. I then went to Greece and stayed there for two years working for several christian organizations sharing and translating the gospel in Farsi to Afghan and Iranian Muslims and witnessed many come to trust in Christ for the forgiveness of their sins. I did the same thing in Austria for a year and half and finally in 2016 God opened a door for me to come to the United States. Currently I am living in Kansas City, Missouri and studying at Midwestern Baptist Theological Seminary and being equipped for ministry and training to become all that God wants me to be here in earth.

I continue to learn, grow and experience the grace of God daily knowing that the reason why I am still here is so that I can witness to others the life transforming power of the gospel. Not only my desires, goals, and ambitions have changed, but I now live with purpose and meaning while knowing that my eternal destiny is guaranteed in Christ and my wrongdoings in forgiven not because of my efforts, but because Christ became the substitutionary atonement for my sin. Jesus said In John 3:36 that, “Whoever believes in the Son (Christ) has eternal life.” Will you believe and trust in Christ?

Click here to send a direct email to Farshad.

Click here to learn more about Jesus, His love, sacrifice and plan for you.