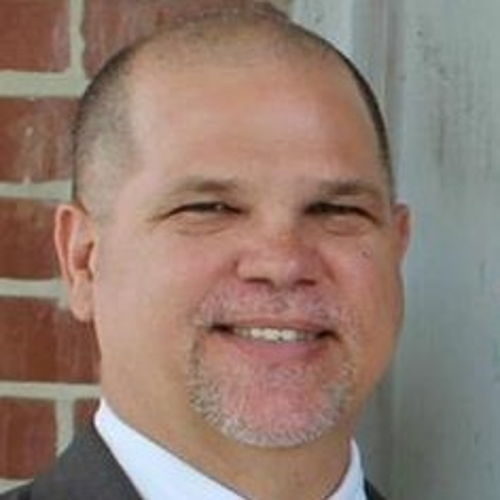 I was raised in a Catholic family by very loving parents. I went to church and religion classes six days a week my entire 12 years of school. However, my life before Christ was filled with a lot of sin and misunderstanding. I was the youngest of ten children, and frankly I think my parents were very exhausted, by the time I came around. So they allowed me to go places with my older siblings, which gave me way too much freedom to get into trouble and do the wrong things. So most Friday and Saturday nights I would somehow end up at our local Knights of Columbus Hall or bar. My buddies and I would often help ourselves to the local’s beer coolers in the back of their trucks or find someone to buy us beer.

During this time in my life I really did not have much of a conscience or, for that matter, even a desire to live. It seemed like I was always under the shadow of one of my siblings. My two closest siblings were both brothers, and we were always known as the “three little boys”. There were only three years of age separating us and this lead to much competition between the three of us. They were both great athletes and I was often given opportunities to move up on sports teams due the closeness of our ages and being from such a small community. However, I was never the athlete that either of my brothers were. So I think I used the alcohol as an escape. It got to the point that my mom became aware of it, and she became concerned enough to offer me $100 to not drink for a year.

Fortunately, this was also when I started dating my future wife, and a girl that I had the utmost respect for. We started dating and she really started to help me focus on aspects of being a better person and made me feel valued as a person. Not long after this I went to a Teens Encounter Christ weekend. The weekend was a fabulous time of worship and for the first time I was introduced to the need of a personal relationship with God. I asked God for forgiveness of my sins and asked the Lord into my life for the first time. For the first time in my life I felt a deep sense of right and wrong which I now know was the Holy Spirit convicting me of my sins.

However, I was still in a religion that did not in any way feed the new life in Christ. So, it would be another 15 years until I would really grow in my faith. At this time my wife had committed her life to Christ while listening to Focus on the Family. We were both seeking for more while still going to the Catholic Church. We attempted to find bible studies but were unable to do so. It was at this time that my wife reached out to a friend of my sisters about the Baptist Church that they were attending. I was working every other weekend, and my wife attended this church one weekend when I was at work. She fell in love with it and started trying to get me to attend with her. We were for the first time introduced to vacation bible school. It was such a wonderful experience and I agreed to attend services after that. However, I struggled with leaving our families traditional religion.

So, for several months we were attending both churches. My wife was very excited about the Baptist church and was really growing in her faith. I could sense these changes in my wife, so we started having discussions with both the priest and the pastor. After several of these meetings I started attending the Baptist Church with my family. I can very clearly remember the preacher’s sermon one Sunday morning on Jesus’s crucifixion. I had heard this story hundreds of times but for the first time the reality hit me of the temple curtain being torn and giving us the ability to have a direct relationship God. This really was the moment that really changed it all for me. I once again prayed for forgiveness of my sins and asked Jesus into my life. I understood much clearer what this commitment truly meant and was ready to make God the number one priority in my life.

It has been such a blessing to be in fellowship with other believers. We have since grown much closer as couple and have seen countless ways that God has worked in the lives of our family. Although life can often still be a struggle, we have gained much peace, and so many blessing through our faith in Christ. We have gone on mission trips as a family and also as individuals, and have been truly blessed while also blessing others. Accepting Christ as my personal Lord and Savior is definitely the best decision that I have ever made in my life. It is such a blessing to have the presence of the Holy Spirit guiding me in my life. I hope this will bless you in some way and would welcome any way that I may help you make this choice for yourself.

Click here to send a direct email to Leland.

Click here to learn more about Jesus, His love, sacrifice and plan for you.